Last post by SparkyBookworm - September 24, 2022, 12:10:04 AM
While waiting for the answer to the GRUB issue I made another attempt to remedy the CDDA issue.

Same result as before. I killed CDDA =(

Last post by SparkyBookworm - September 23, 2022, 04:41:39 AM
Main issue: Please help me choose the best option for GRUB during the last routine update.

[I wasn't sure what forum category to post this question in as it pertains to the preinstalled GRUB and the game CataclysmDDA  that is available in the awesome Sparky App store. Preinstalled or Sparky applications Category? I am sorry in advance if this post is in the wrong subforum!]

So, during the recent Sparky updates it prompted for a Grub update, looks almost like this (except with blue border instead of purple): 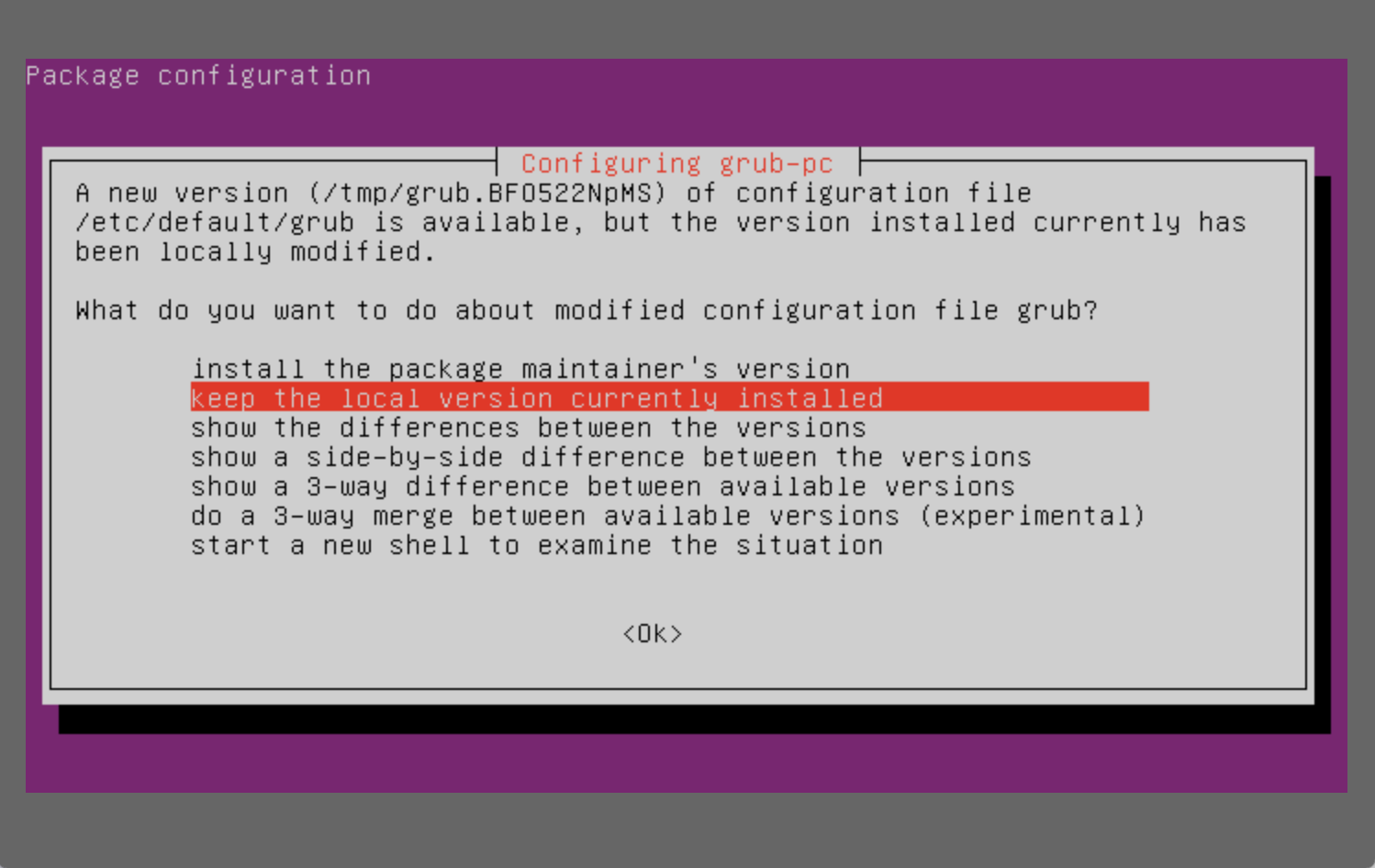 The only text difference on on my screen being: "Configuring grub-efi-amd64"... "A new version (/tmp/grub.QnyrEIhqHe) of configuration file /etc/default/grub is available"...

Not knowing what to choose, I chose "keep the local version currently installed" option.

Thankfully, choosing this option did not break my system's ability to boot into XFCE's GUI.

However, Cataclysm DDA no longer functions, EXCEPT in the Cataclysm-dda-curses mode using terminal. I tried uninstalling & purging the old Cataclysm files and then reinstalling the game with same results. The game is of course a minor issue to me other than my concern with the recent Grub update (which is a potential major concern).

The only thing I can think of on my part that could be causing the issue other than the Grub option I chose during updates is that I have been tinkering directly within the Cataclysm's JSON files using root privilege in exploration attempts to test out modifications I've made with CDDA mods. I've been tinkering with with these JSON files without any issue until after this update. Cataclysm-dda-curses still works for me. I am left wondering: *is the problem only on my end?* or was it my choice in Grub, or my tinkering that broke Cataclysm-dda-sdl?

I am most concerned with my choice of updating the GRUB, should I have chosen any of those other various options, and NOT the "keep the local version currently installed" option?

My concern is obviously more so with my decision/choice for GRUB, though I am also kind of perplexed by the breakage of the CDDA gui too (it just won't start now unless in terminal's Ascii game mode). Cataclysm obviously is a much lower priority to me compared to that of the recent GRUB decision(s). What was/is the best choice for the GRUB option? I know Arch recently went through some Grub issues. 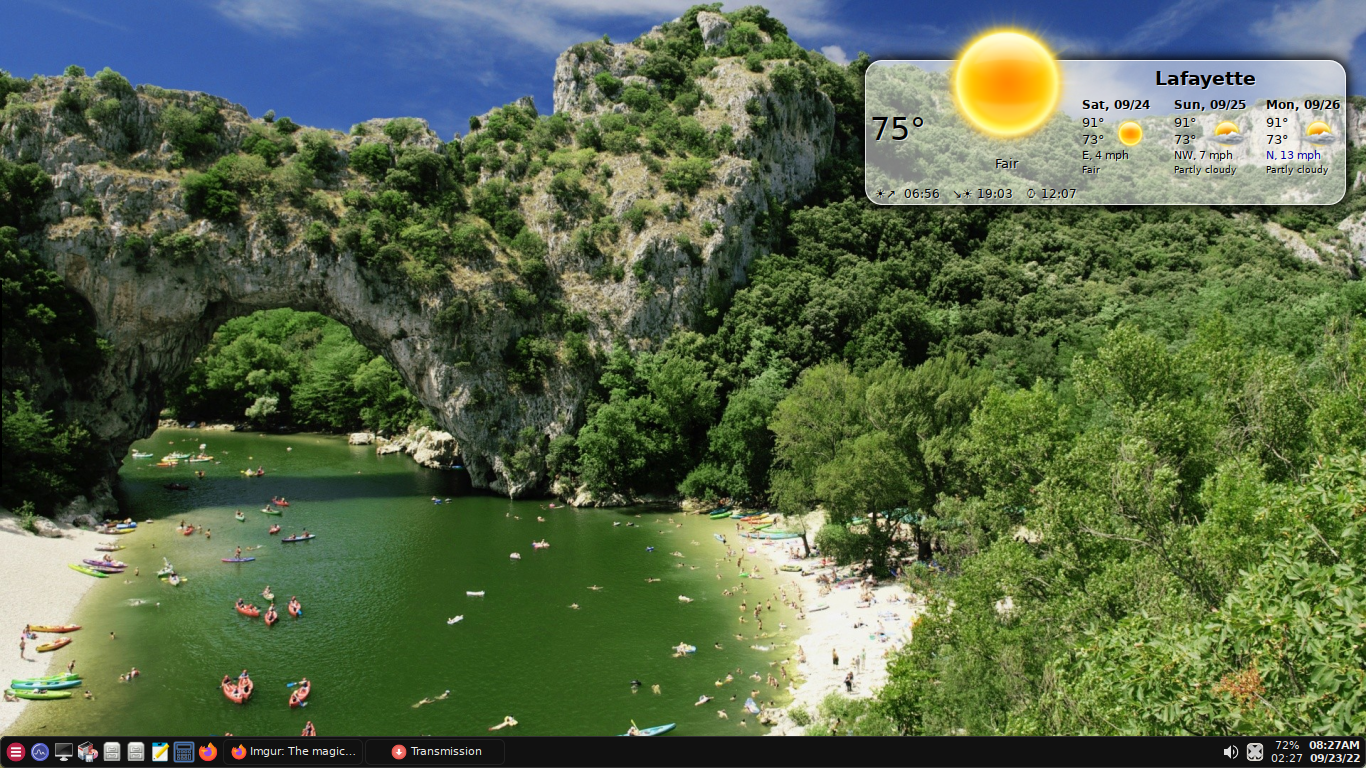 Last post by shortarcflyer - September 23, 2022, 03:36:32 AM
I finally figured it out I think!  My screenshot of SparkyLinux Openbox, Pont Darc over the Ardeche River wallpaper and Gis Weather app. 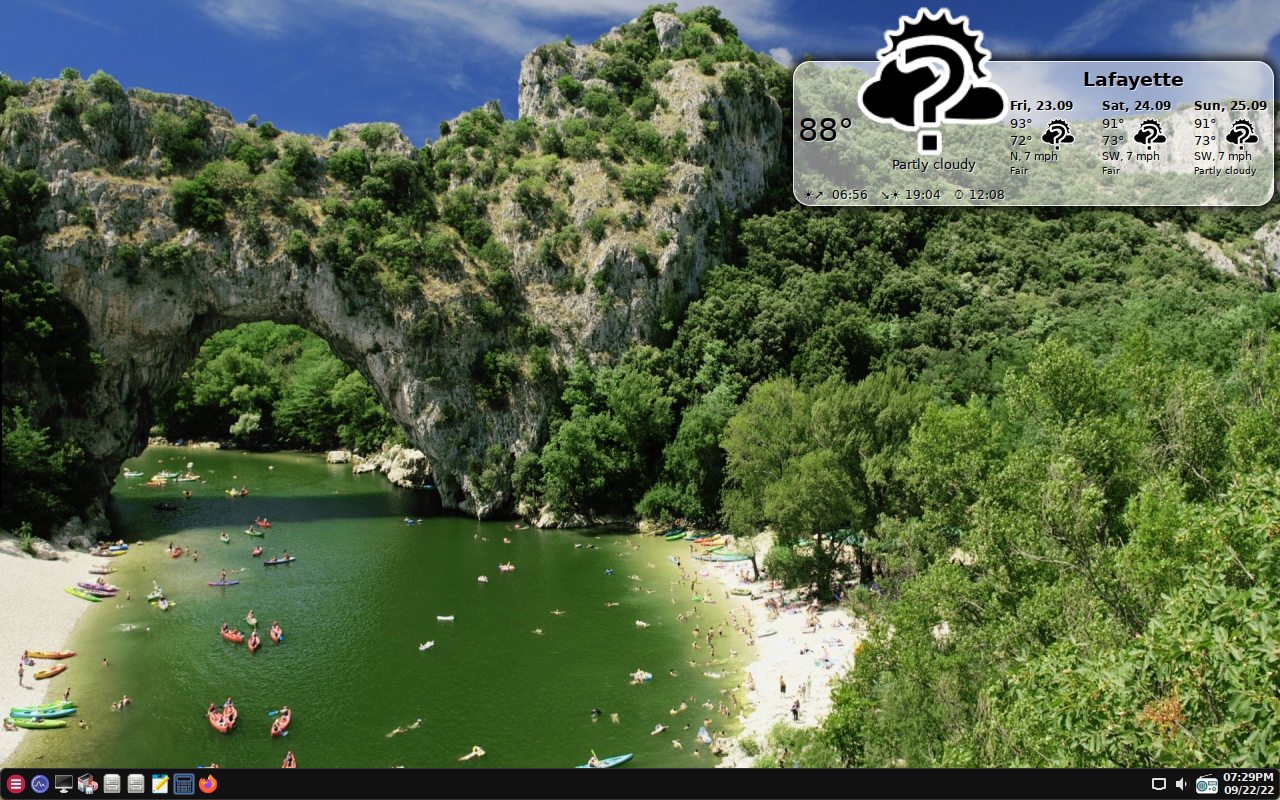 Last post by gioco - September 19, 2022, 03:32:31 PM
UPDATE:
I just found that XFCE can no longer recognize external monitors once connected to the notebook via the HDMI port.
I think it depends on the only change made so far to the video card driver (going from novueau to nvidia).
In fact, if I load the latest Sparky XFCE ISO via USB stick and then connect the external monitor to the HDMI port, it is recognized immediately so I can configure it.
I also tried to manually enter the parameters of the external monitor using the Settings Editor but without success ...
How can I overcome this problem by keeping the nvidia driver (assuming this is the source of the problem on recognizing external monitors?).

View the most recent posts on the forum